This web page is dedicated to all who have interest on the history of these jowels.

Without making an exhaustive description of the history of all the cars, the goal is only to refer the most relevant aspects, mixing the history of each car from this collection with the history of the model and the impact it had in society.

At first sight, it might seem that this reference ‘impact in society’ is a little bit exaggerated but this expression is easily explained by the first model we present you below.

This Ford B V8 (or, more accurately, Ford model 18) 1932, without being the oldest car, was the first element in this collection. 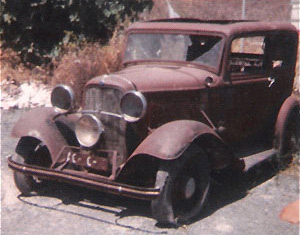 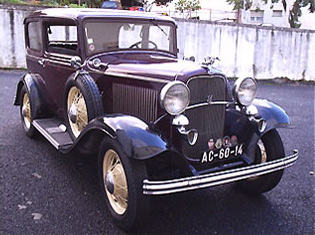 Found in the village of Moura (Alentejo) in the condition that the picture on the left documents, it took about 4 years and a lot of work to be completely restored.

This was the first model built by Ford with a V8 engine, in response to the Chevrolet competition that had been leading the sales charts with 6 cylinder cars. Well succeeded with the new motorization, the same block would continue to supply the following Ford models in the following 25 years (!!), with just a few changes in detail that allowed new increases in its power.

In the beginning, with 65 hp and a maximal speed of 120 km/h the new V8 was extremely agile and fast, according to the time standards.

So, quickly its value was recognized for legal purposes like competitions and other purposes, not so legal…

The history of Bonnie and Clyde, the couple that terrified several states in the USA in the 1930’s is very well known, what not so many people know, is that the Barrow gang used several cars from this model in their robberies. 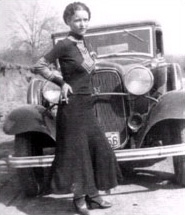 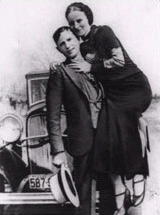 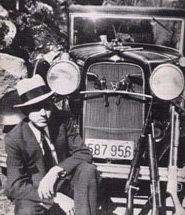 They enjoyed the fame that the press gave them, they weren’t exactly humble characters, and Clyde “Champion” Barrow, like he called himself, even got to write a letter to Henry Ford, thanking him for building such an extraordinary car, and saying that every time he had a ‘chance’ he would only drive this particular model. 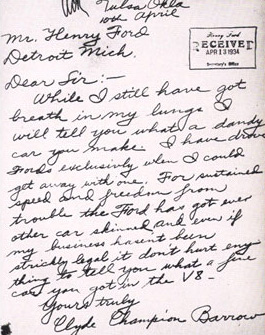 The Buick Eight 1933, was discovered in a garage at a “monte alentejano” in the city of Portalegre where it had been stood still for over 20 years.

Luckily, it hadn’t been exposed to humidity so its condition wasn’t as bad as one could have thought but it had inevitably some age consequences. 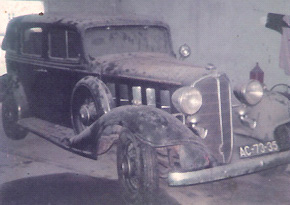 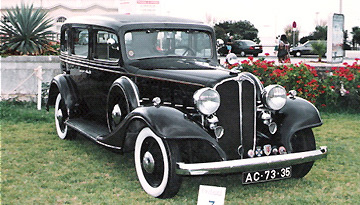 Transported from Portalegre to Évora in a Firemen tow truck, it took only a few repairs so that the engine Buick 8 cylinders would came back to life and turn out to be ready to accomplish the journey to Lisbon, by its own means.

As desired and convenient, it behaved himself and it took only a few stops along the way once a little over-heating occurred (in consequence of an obstructed radiator from the dirt of over 20 years) and it arrived quietly and dignified to its destiny. 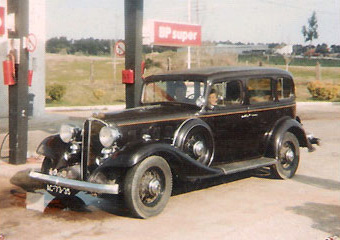 The Mercedes 190 SL 1956, doesn’t need introduction. It’s a timeless sports car, its lines are attractive even today and many young people look at it the same way they would look at a new sports car.

At the time of acquisition this vehicle was in relatively good shape, just a little incomplete concerning some parts (the most difficult ones to find). 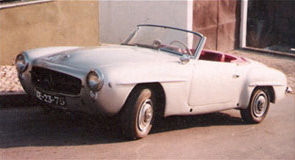 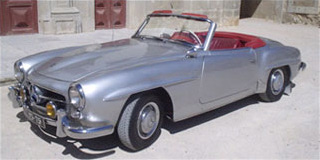 Mercedes moved by its success in competitions, invested in a production of a line based on racing cars with purely sportily characteristics designated SL.

The first series, the one this vehicle belongs to, was produced between 1954 and 1963. Afterwards several renewals occurred till today.

The manufacturer announced it as “the two-in-one Sports car”: the new owner could buy like extras, two doors over lighted in weight and a small windshield, that being replaced by the regular doors and windshield (also removable) allowed him to have a racing car!

Curious is also the fact that in a recent study, women identified Mercedes SL first generation as the car that they would choose to get a man interested.

Certainly, to this result contributed the movie “ Hight Society” (1956) in which Grace Kelly (at her last movie before becoming Princess of Monaco) acts with Frank Sinatra inside an 190 SL.

This particular movie was the inspiration for many movies and music videos afterwards. 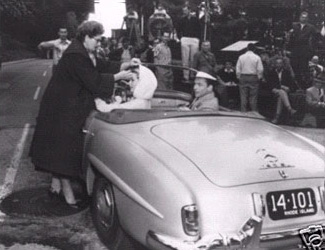 Henry Ford after renewing several times the corroborated model T, goes for the construction of a completely new car. He shut down the factory for 6 months in 1927 so that every effort was made toward this new model, presented in October and commercialized in December 1927.

Today it is very required by collectors because of its joyful look that instigate smiles wherever it passes by. It is without a doubt the oldest car that can go any distance at a reasonable speed (60,70 km/h).

In this collection there are several examples, found in different kinds of maintenance and with very different precedents, some pictures of the “before” and “after” are presented below. 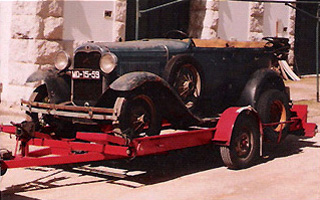 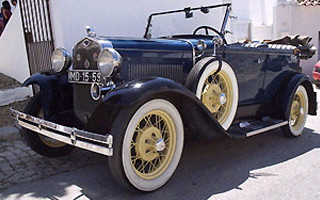 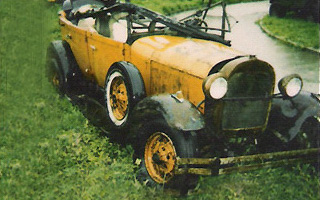 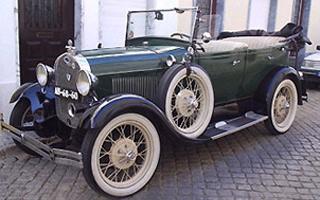 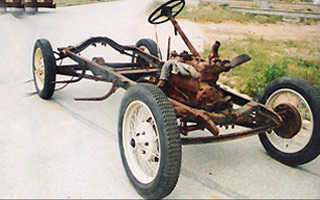 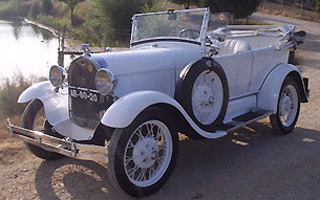 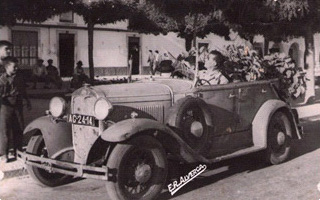 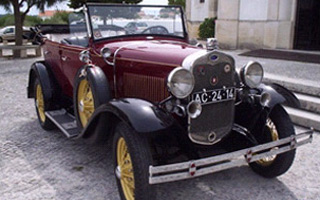 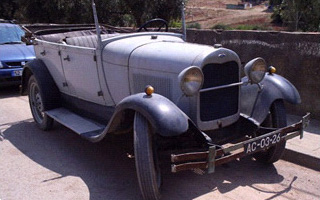 The Ford Sportsman 100cv 1947 history begins when Henry Ford II (grandson of Henry Ford and son of Edsel) applies for the construction of a special car, based on the new model in late 1945, for his personal use.

With several luxury details clearly outstands the wooden panel inside the body, that causes big sensation between the associates and sellers that start pressuring a small production for this model.

Between 1946 and 1948, 3000 vehicles are produced and sold at a forbidden price (about twice the cost of the regular version), these were bought only by artists or important businessmen.

Today there are only about 100 Sportsman in the world. This particular vehicle was imported and legalized from Paraguai and afterwards properly restored.  In Portugal several collectors have came to see this particular car because of its rarity. 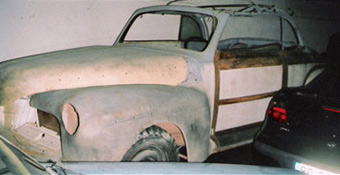 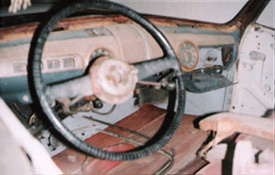 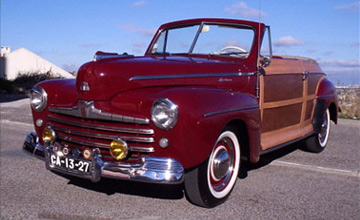 This Nash Slipstream 1948 was found when it was about to be destroyed. The difficulty in restoring and finding original parts led several of these cars to a very sad ending.

This particular vehicle was completely dismounted and restored, the body was then painted with two different colors, as usual in this model at the time, and it has been born in to a second life.

Contemporary at Sportsman, it was also produced between 1946 and 1948.

Nash was an independent brand, without entering at war with Ford and GM giants had a pretty admirable share of the market, it’s target client was the medium-high social class.

It got noticed when a Nash just like this, was the Pace car at the 500 miles of Indianapolis of 1947 driven by George W. Mason (successor of  Charles Nash, the founder of Nash Motors). 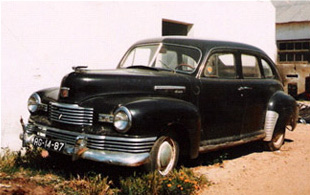 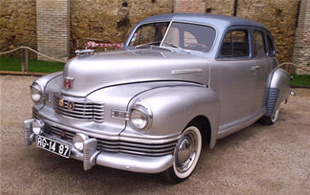 The website visitor, enthusiast and eventually owner of vehicles like these, should feel confortable in contacting us about any doubt or question that might have regarding our beloved oldtimers.